The untold secret of playing cards 2

Q: The Q of spades is Pallas Asina, the goddess of wisdom and war in ancient Greek mythology, and is the only queen among the four queens who holds a weapon. The Q of Hearts is named Judith, the wife of Charles I Schaller. Square Q is called Queen Rachel, and is Joseph’s sister in the Old Testament of the Bible. Plum Q is called Akinny. She is holding a bouquet of roses, representing the royal peace of Britain marked by red and white roses.

Greek goddess of wisdom and war.

The city of Athens is named after her and is her exclusive city.

Among the four queens, only this one holds a weapon.

She is from Bavaria in Germany and married to Charles I of the Stewart dynasty of England.

Later, Charles I was executed for his brutal rule, and Jules remarried to England.

After the Rose Flower War, the two royal families reconciled and knotted their roses together.

So the queen held a rose flower in her hand.

Jacob is the father of Joseph in the Old Testament. He has 12 sons and established 12 tribes in Israel.

These character systems have gradually been accepted by various countries and have been followed to this day. 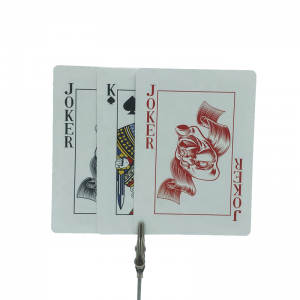