The secrets of playing cards you don’t know

A is the first card representing various suits, and only one symbol representing the suit is printed on this card. In most card games including bridge, the ace is the highest card; it is also the largest card in all suits. Britain used to use the ace of spades as a sign of tax payment.

Now let us take a look at the characters on the playing cards. The J, Q, and K in French playing cards are the abbreviations of the English servant, queen, and king. At present, the 12 head cards that we often see represent a real or legendary character in history.
K: The king of spades is David, the father of Israeli King Solomon in the 10th century BC. He played the harp well, so there are often harp patterns on the screen. The King of Hearts is King Charles I Frank, named Charleman, the only king without a beard among the four kings. The square K is the king of the Roman Empire, Caesar, and is the only profile figure among the four king cards. Plum K was the first Macedonian King Alexander to conquer the world. He always wears cross jewelry on his clothes.

David, the father of King Solomon of Israel in the 10th century BC.

He is good at playing the harp and wrote many hymns in the Bible,

Therefore, there is often a harp pattern on the King K card, and its hair is curled outwards.

Monarch of the Charlemagne Empire. He completed the alliance between religious authority and royal authority.

Order the people of the whole country to believe in Christianity, thereby promoting the spread of Christianity.

The first clerk who used a chisel to carve his portrait on a wooden board accidentally shaved off the beard on his upper lip after the chisel slipped.

After that, the King of Hearts card was printed on this painting as a specimen.

Therefore, only the hearts of hearts have a king card without a beard, whose hair is curled inward and the sword is held behind the head.

This is the characteristic of King Plum K, whose hair is curled outwards.

He was a famous general and statesman in Rome. After uniting Rome, he became the dictator of the Roman Empire.

His portrait on the coins of the Roman Empire is in profile.

After that, among the four king K cards, only the king with the red square was profiled, with his hair curled inward and holding a battle axe. 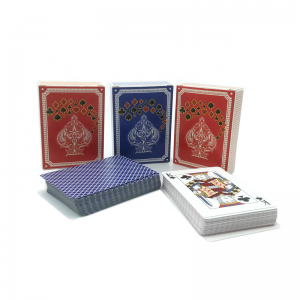 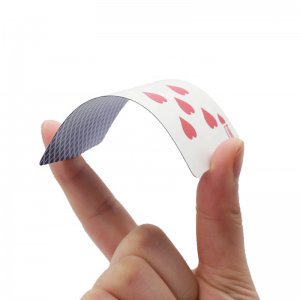