What is the difference between IC card, ID card, M1 card and CPU card? (2)

IC card is another information carrier that appeared after magnetic card. IC card refers to an integrated circuit card. The commonly used bus card is a type of IC card. The common IC card uses radio frequency technology to communicate with a card reader that supports IC cards.
There is a difference between an IC card and a magnetic card. The IC card stores information through the integrated circuit in the card, while the magnetic card records information through the magnetic force in the card. The cost of IC card is generally higher than that of magnetic card, but the confidentiality is better.
The full name of ID card is Identification Card. It is a non-writable proximity card with a fixed number. It mainly includes EM format of Taiwan SYRIS, American HIDMOTOROLA and other types of ID cards.
ID cards, like magnetic cards, only use the “card number”. Except for the card number, there is no confidentiality function inside the card, and the “card number” is public and exposed. Therefore, the ID card is an “inductive magnetic card”. The specification of the ISO standard ID card is: 85.5x54x0.80±0.04mm (height/width/thickness). There are also some thick, thin or special-shaped cards on the market.

The so-called M1 chip refers to the abbreviation of the chip produced by NXP, a subsidiary of Philips. The full name is NXP Mifare1 series. Two types of S50 and S70 are commonly used. As of November 4, 2013, there have been domestic chips and compatible.
The card made by using PVC to encapsulate the M1 chip and the inductive antenna, and then press it into shape, is the M1 card referred to in the smart card industry, which is a non-contact IC card.
The contactless IC card, also known as the radio frequency card, successfully solves the problem of passive (no power supply in the card) and contact-free, and is a major breakthrough in the field of electronic devices. Mainly used in automatic toll collection systems for buses, ferries, and subways, and also used in access control management, identity certification, and electronic wallets.

The CPU card can be used in many fields such as finance, insurance, traffic police, government industry, etc. It has the characteristics of large user space, fast reading speed, and supports one card for multiple uses. It has been certified by the People’s Bank of China and the State Commission of Commerce.
There are both contact and non-contact CPU cards. Non-encrypted memory card: The integrated circuit chip in the card is mainly EEPROM, which has the function of data storage, but does not have the function of data processing and hardware encryption.
Logic encryption memory card: An encryption logic circuit is added to the non-encrypted memory card. The encryption logic circuit protects the data in the card by verifying the password to ensure that the data in the card is open to external access, but it is only a low-level security protection and cannot prevent maliciousness. Sexual assault. 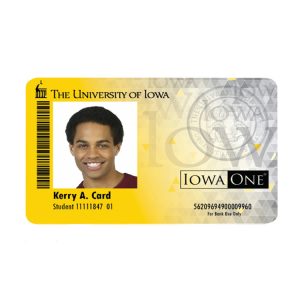