What is the difference between IC card, ID card, M1 card and CPU card? (1)

2. See the difference from the meaning of address
IC card is the general term for smart cards.
ID card is the abbreviation of electronic ID card (mainly refers to ID card).
M1 card is NXP (Philips) company’s most famous and currently the most widely used contactless card (such as campus card, bus card, etc.).
CPU card refers to a smart card with 8/16/32-bit CPU in the chip and logic processing capability.
3. See the difference from the device and card algorithm
The IC card reader is the bridge between the IC card and the application system. The IC card interface circuit is a vital part of the IC card reader. According to the actual application system, parallel communication and half-duplex serial communication can be selected. Different IC card reading and writing chips such as I2C communication. Confidentiality is good.
ID card: Only the device identification ID number is stored, there is no algorithm at all, it is easy to copy, and the security is low.
M1 card: The ID number is stored and the data can be read and written. The M1 card sends a data to the device, and the device transmits another data to the M1 card for confirmation, and then performs the transaction or identity authentication. There is only one algorithm, which can steal information in the air. Repeated calculations and figured out the algorithm. When copying the card, the security is much higher than that of the ID card, but it can still be cracked.
CPU card: It has an operating system, can store data, and has its own ID number. The CPU card sends a string of data to the device, and the device performs calculations with the SAM card. The device sends a string of data back to the CPU card for confirmation, and then performs transaction or identity authentication . 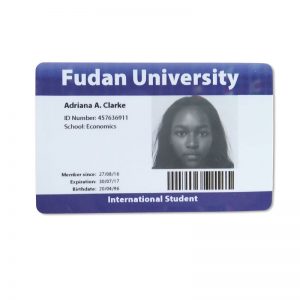