Why do you need to design the two cards of the poker encyclopedia of playing cards?

And in poker in Europe and other places, the printing of these two JOKERs was the same, so they could not be distinguished as kings or kings. Later, BICYCLE printed a quality assurance statement on one of the JOKERs, which was then distinguished.

Briefly talk about the history of poker.

The first playing cards were created by the French in the 14th century. It consists of a pattern of spades, hearts, clubs, and squares, totaling 52.

In the mid-nineteenth century, merchants added another card on the basis of 52 cards. At that time, this card was not called Joker, but called “Extra card”, which means rated card. Its role is to be used as a replacement card or printing advertising and game rules.

Later, due to some untestable reasons, this card was called Joker.

And because there are 53 cards in many cards, a variety of playing methods with 53 cards have emerged. The development of these methods has promoted the development of cards. Compared with the beginning of the 20th century, most poker manufacturers produced JOKER. Soon after, a second Joker appeared in poker, forming the 54-card poker that is now popular.

And with the development of gameplay, many places in Europe and even more Joker poker appeared, I have seen four cards.

There are two Jokers for poker made in Asia and North America, but in poker made in Asia, two Jokers are usually divided into different sizes, one colorful card, and the other one is a picture. But if you buy poker in Europe and the United States, you will find that the two Jokers are different. This is due to the different playing methods prevailing in the two places. Does it feel right upright in an instant? Anything will have its origin and corresponding history, understand it, and add a social conversation for yourself! 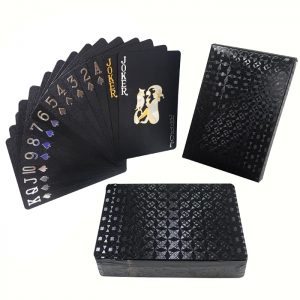 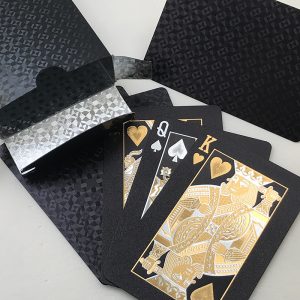