Do you know why there are 54 playing cards?

We often see scenes of people playing poker in their spare time, but many people do not know why there are 54 poker cards. In this regard, playing card manufacturers are here to popularize science. I believe that after reading the answers below, you will definitely increase your understanding of playing cards. Maybe in the future, you will also increase your knowledge of playing cards when you get together~~

As we all know, there are 52 weeks in a year. According to the laws of the calendar, the playing cards are made into 52 cards, and then the big king and the small king are added to make a total of 54 cards.

According to the four seasons of spring, summer, autumn and winter, four patterns are made of hearts, squares, plums and spades. According to the black and white of the day, the four suits of poker are divided into black and red. There are 13 photos of each pattern, which means that there are 13 weeks in each season. There are a total of 12 cards of K, Q, and J, which means that a year is divided into 12 months. The big king represents the sun, which means daytime, so it is red; the little king represents the moon, which implies that night is coming, so it appears black. If “J” is regarded as 11 points, “Q” is regarded as 12 points, “K” is regarded as 13 points, and “Xiao Wang” is regarded as 1 point, then the sum of the points of 53 cards is exactly equal to 365 points, which represents There are 365 days in a year. If you add 1 point of “The King”, it will be the number of days in a leap year. 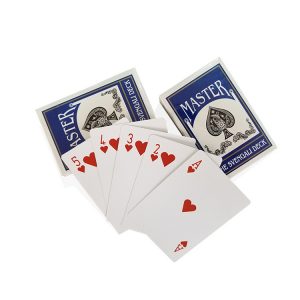 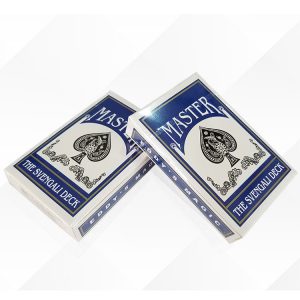